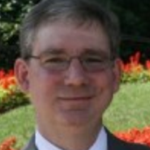 A new study linking androgen deprivation therapy (ADT) to a higher likelihood of Alzheimer’s or other forms of dementia in prostate cancer patients is, understandably, getting a lot of attention. This is not the first study looking at this issue, but it is the largest and, arguably, the most comprehensive. That said, it is not without its drawbacks and limitations. Previous studies have conflicted on finding a connection between ADT and dementia. Besides looking at the results of this study, it is interesting to examine it in the context of the previous findings – a task, by the way, that the authors gave short shrift to in their literature review.

The study, “Association Between Androgen Deprivation Therapy Use and Diagnosis of Dementia in Men With Prostate Cancer” was conducted at the University of Pennsylvania and published in JAMA Network Open.1 The study sampled 150,089 men with prostate cancer. Over 62,000 received ADT within two years of diagnosis, while almost 92,000 did not. On the surface, the results seem pretty straight-forward. Use of ADT corresponded to an Alzheimer’s diagnosis 13.1% of the time vs. 9.4% for those with no ADT treatment. The numbers for dementia are 21.6% vs. 15.8%.

The 3.7% (Alzheimer’s) and 5.8% (dementia) differences may not sound like much, but here is where the story gets complicated. Once one controls for other factors; such as comorbidities, PCa severity, and some demographic characteristics one can determine what is referred to as a hazard ratio. I’ll spare you the math (feel free to check it out in the article), but the hazard ratio determines the effect over time and finds a 14% increased risk for Alzheimer’s and 20% for dementia for those PCa patients on ADT, as opposed to those who did not receive the treatment.

How does this influence treatment decisions?

Given these numbers, a huge question is what do or should these results mean for actual treatment. Several commentators have cautioned about the dangers of warning patients away from ADT. For example, medwireNews notes “In a comment to the press, David Montgomery, director of research at the charity Prostate Cancer UK, cautioned however that ‘[h]ormone therapy is a highly effective treatment for prostate cancer and can keep the disease at bay for many years. While we know it can be associated with a number of side effects, we would not encourage men to change their treatment as a result of this study alone.”’2

Dr. Maria Torroella Carney, chief of geriatric and palliative medicine at Northwell Health in New Hyde Park, N.Y, was also looking to pump the breaks on men altering their treatment. She acknowledged that the findings warrant further study, but also noted some limitations. Particularly, she noted the inability to prove cause and effect and cited other possible causes, such as those on the ADT being older and having more advanced cancer.3

Before thinking about altering treatment…

The comments from Dr. Torroella bring me to some of the differences in the characteristics of those in the ADT and non-ADT samples. Those in the study who received ADT were older at time of diagnosis, more likely to live in nonmetropolitan areas (bringing quality and access of care into question), be unmarried (unmarried men are notoriously bad at taking care of their health), have lower socioeconomic status, have at least one comorbidity, and … oh yeah, more likely to have more aggressive cancer. I understand the attempt to control for such variables, but these are a lot of characteristics all pointed in the same direction – worse for those on the ADT. Some of the percentage differences were pretty substantial, such as having more aggressive cancer skewing to those receiving ADT 34.3% vs. 17.8%.

The numbers for those with more aggressive or advanced cancer brings up another interesting point – these individuals are not only more likely to receive ADT but the worse the condition the more likely one is to receive more ADT treatments. The study found that the number of ADT doses mattered. “[W]e observed a dose-response relationship: patients who received more than 8 doses of ADT were at a significantly higher hazard of diagnosis of both dementia and Alzheimer disease than those receiving fewer doses ADT.”4 While this could, obviously, point to more ADT putting one at greater risk of Alzheimer’s or dementia, it also raises the possibility of the causal arrow going from the disease itself – is there something about more advanced PCa that leads to a higher risk of Alzheimer’s and dementia. This is a question this study was simply not designed to address.

Some previous research on the ADT and Alzheimer’s issue may offer some additional insight. Sidebar rant on a common research study flaw – the authors of this study basically only discuss previous research to say why their study is more comprehensive and better, with no real substantive discussion – end of rant. Luckily, your intrepid ProstateCancer.net contributor is willing to go there.

A small study published in the Journal of Geriatric Oncology did extensive neuropsychological testing prior to the start of ADT treatment.5 Forty-five percent of the subjects scored more than 1.5 standard deviations below the mean on two or more of the tests. In addition, they showed no change in cognition following treatment. They conclude that “[a]ssessment of baseline cognitive function should be taken into account for future research and to inform clinical management.” Such baseline assessment was not possible in the JAMA study, due to the retrospective nature of the design, but this study indicates that maybe this should have been noted as a limitation. It should be noted that the follow-up was only six months later, but this fact does not negate the point that a baseline assessment has value.

Another study which may be useful in analyzing the JAMA study was published in the Journal of Clinical Oncology.6 It looked at over 30,000 non-metastatic prostate cancer patients and found that “Compared with nonuse, ADT use was not associated with an increased risk of dementia.” This study is interesting not only because its findings are contrary to the JAMA study, but also because of the sample consisting of only non-metastatic patients. This again raises questions about a potential link between the severity of the cancer and higher rates of Alzheimer’s and/or dementia.

The solution lies in shared decision-making

All of this brings us back to the question of what this should mean for actual treatment. It seems clear that there is room for further research. Even the study authors acknowledge that. That said, the concern about the potential linkage between ADT and Alzheimer’s and dementia is understandable. At the same time, ADT helps a lot of men in the fight against prostate cancer. Perhaps the final word should belong to one of the study authors. Co-author, Thomas Guzzo, MD noted that how to advise a patient may depend on the individual and, much as I previously noted, the severity of the disease:

“I think we need to look at these patients on an individual level. Certainly, there are patients who need hormonal therapy and benefit from it greatly,” Guzzo said. “There are others where the evidence is less clear, and in these patients, we should strongly consider the risk of hormonal therapy versus the benefit in treating their prostate cancer. This should be a shared decision-making process with the patient.”7

I’m all for involving the patients in the decision-making process.