The All New Full Monty 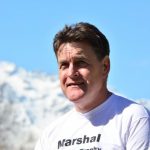 My prostate cancer journey has just past the 4 years in remission after non-nerve sparing radical prostatectomy. Since that time a lot of things have happened and I have received two awards for my commitment to raising awareness at work as well as volunteering for Prostate Cancer UK, Movember, and ProstateCancer.net. Through talks, webinars, writing, and social media I know from feedback it helps other men and has the potential to save lives.

There’s not much I won’t do for the cause, especially if it’s going to get that message out there. This was tested recently when I got an invite to join the All New Full Monty TV production in London earlier in the year.

Inspiration behind the All New Full Monty

A bit of background to set the scene so you understand what it’s all about. In 1997 a classic British comedy film was released in the UK and America called the Full Monty. The film, if you haven’t seen it, was about a steelworker who lost his job and with his mates all desperate for money decides to do a strip act along the lines of the official Chippendale’s show which was on the scene at the time. Only to be better they would go the “Full Monty!”

From this came a new documentary program in 2017 by Spun Gold TV where a group of stars were recruited and followed by the cameras as they prepared to re-enact a dance and strip routine in aid of raise awareness for men’s cancers.

In 2018 a ladies program was also introduced to highlight women’s cancers. This year in an attempt to raise the bar still further a group of 16 men, all affected by prostate cancer or testicular cancer were brought in to add additional impact to the show and I was one of those men.

Preparing for the show

We all met at Alexandra Palace in London which was to be the venue for rehearsals and filming the show in front of a live audience so no pressure! The stars had been practicing for weeks and we had a day and a half to some basic dance moves led by members of the popular UK dance team Diversity.

The stars were aware of something but didn’t know what until 7pm on the first day when we were introduced on stage. One of the twins who had testicular cancer was asked to tell his story. The power and emotion hit hard as the producers had expected and there was hardly a dry eye in sight.

An experience of a lifetime

Now the final part of the show could be rehearsed and we were introduced as we came on stage as the Monty Army. With very little time left we had to do a couple of full dress rehearsals (if you can call a hat and gold briefs full dress) before we were to go out on stage in front of a live audience not once but twice! This was for additional camera shots but also a bigger reaction from the audience. 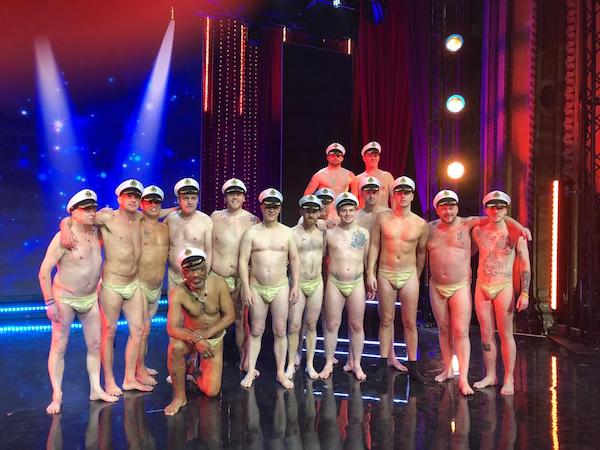 I think we were all more nervous about remembering our moves than the full reveal but it was an amazing, once in a lifetime experience.

These men from all walks of life all had a common story of a roller-coaster journey through cancer and some were still having treatment. In bringing all these men together something unexpectedly amazing was also created. The instant comradery and utterly selfless support for each other was totally unexpected. The Monty Army name has stuck and we have as a group mostly stuck together and have both twitter and Facebook pages where we can promote all the work we do individually and together to continue the work of raising awareness.