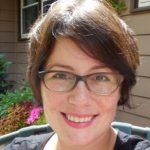 Five years ago this August I was an anxious nervous wreck. I’m a bit of a wreck anyway, but what was going on with my family during that time was extra-stressful. Why? I was worried about my dad. The dad who never had any major health problems (barely any at all) until he was diagnosed at age 66 with prostate cancer.

The day dad learned he had cancer

The “C-word,” cancer, is a terrifying word, especially when it means a death sentence for the patient. I was terrified. Nobody in my small family ever had cancer before; Mom, Dad, and my younger sister had lived their lives so far without any big or scary health problems.

I’ll never forget that day in March 2013 that I found out about my dad’s diagnosis. I was at my parents’ house while they were at Dad’s urologist’s appointment, waiting to receive the results of the biopsy he had done. When they got home, I was sitting outside on the back patio and I saw Mom come through the door and then stop in front of me. Her face was very pale and tears welled up in her eyes.

“What happened?” I asked, afraid to hear the answer.

“It’s not good,” she replied. “The biopsy results show cancer cells and some of them are high-grade.” My stomach lurched and I felt like I had just swallowed a giant rock. I felt sick.

No! Dad can’t have cancer!

Tears welled up in my own eyes, tears of dread and fear of what the future would bring. Slightly relieved, I knew that many men go into remission if they’re diagnosed and treated early. Was Dad diagnosed early enough? Did they catch it in time? Will he have chemo, radiation, or surgery? My brain was whirring around in circles even though I sat there in shock and disbelief.

My dad has cancer. I can’t believe it. Is this it? Is this how I lose my first parent?

I stood up and wrapped my arms around Mom for a long time, afraid I was going to lose it and start bawling. Having trouble believing that this was happening to my little family, I thought about other close and beloved family members whose lives were mercilessly stolen by cancer: Auntie Marion (lung), Grandma Kolvig (uterus), Nana (stomach), Uncle Kenny (bladder). I desperately did not want to add Dad to that list.

Thankfully, Dad lucked-out and got paired with an excellent urologist at the University of Minnesota. He was basically given two choices for treatment: radiation or surgery to remove his prostate gland. There were significant risks with either treatment, and my father certainly didn’t quickly jump into making his decision. Actually, he dragged his feet for months, hemming and hawing and going over every possible scenario.

Dad’s nonchalant attitude about the whole thing, the fact that he has cancer, drove my mom, sister, and me absolutely crazy. I was in a frustrated panic, and I think they felt similarly, waiting for him to finally start treatment. We all thought that he should have surgery and get the malignant thing removed as soon as possible. Dad didn’t see the urgency himself, though. Stressed-out, afraid, and angry I remember thinking, “What is WRONG with you? You have CANCER! This is serious!”

A flood of fears and frustrations

Dad, however, wasn’t very approachable on this topic, to put it mildly. I felt as though we were walking on eggshells, tip-toeing around him. One of his worse personality traits is a stubborn and juvenile tendency to do the opposite of what anybody tells him to do. I strongly felt that surgery would be best, but I didn’t dare push him about it for fear he’d not do it out of spite. This was ridiculous, of course, because we all loved him and were worried about him. We didn’t want to lose him! Couldn’t he see that?

My father also made me very angry because I felt like he wasn’t taking responsibility for his health. A patient myself, and living with rheumatoid arthritis (RA) for many years (along with other RA-related health problems), I’ve learned how crucial it is to be proactive with treatment. With everything, really. There’s no time to waste! RA can permanently damage joints (and organs) quickly.

I feel so frustrated in general when I see other people refuse to take responsibility for their health. I work incredibly hard at trying to manage my own (which most people don’t realize). I try to make myself be as close to a normal, healthy person as possible, yet all the while feeling great frustration, loss, anger, and sadness at the realization that my disease will never go away. People who don’t even have a chronic illness to deal with, yet still don’t care about taking care of themselves really irritate and disgust me. It’s like a big slap in the face to those of us who are working hard to be healthy.

Are we running out of time?

Admittedly, sometimes I can be a bit of a hypochondriac, but I would rather be safe than sorry. Dad having cancer and acting like it was no big deal astonished me. If I received a cancer diagnosis, I would be leaping onto the operating table the next day. Get the cancer OUT! But not Dad. His attitude was more like — ho-hum, whatever, I’ll get around to it — and he didn’t appear to be nearly as anxious as Mom, my sister, and I were. Another reason for our panic was not just that he had cancer, but he had high-grade cancer cells, which is dangerous.

Learn more about Angela’s father and his treatment decision in From Patient to Caregiver: Dad’s Prostate Cancer Part II. 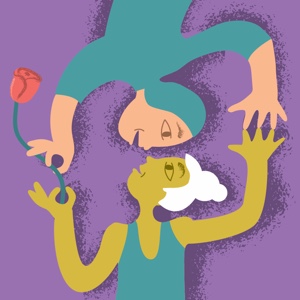 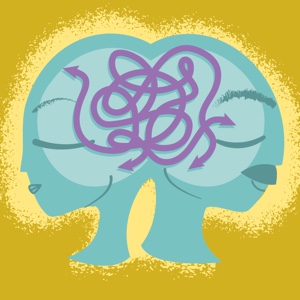 How Can Caregivers Help with Treatment Decision-Making? 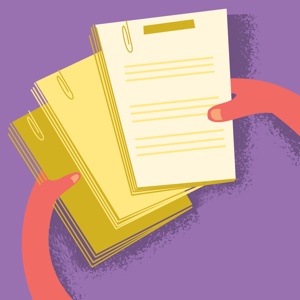 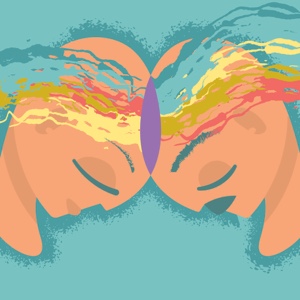 Being a Caregiver for the Newly Diagnosed