What Are You Smelling? 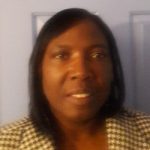 Prostate cancer is the most common cancer in men after skin cancer. Since my father got this disease, I learned that one out of every seven men will be diagnosed with this disease.

Our powerful sense of smell

I’ve known since I was a kid that our noses pick up many scents. Researchers have finally put a smell to so many diseases. For years I have heard that older people have certain smells. Now I am one of those older people; I wonder how I smell?

It’s amazing the main function of the senses is smell. Someone told me that you could smell cancer, but it’s not the cancer you are smelling, it’s the symptoms of the disease that is coming out of you. Did you know that researchers can detect prostate cancer from the smell of your urine?

Can your dog smell you?

Yes, they can. I know a lot of us are saying, yeah right! But as humans, we do have sensitive smells just like animals. For some unknown reason, dogs can detect cancer odor. Think about it for a minute, we have dogs that can track the scent of a person or sniff out drugs and explosives. That is so amazing. It could be your skin, urine, or even your sweat. Just like other diseases, cancers have different odors in the body and your secretions that dogs can sniff out.

What’s your nostril saying to you?

It tells you that sickness could be lying dormant in the body. We know everything we ingest comes out of us. Our urine also detects sickness in the body. Your urine could have a distinct odor, and this is when you make a doctor’s appointment to get checked. It could show cancer as well. We need to pay attention to the unfamiliar smells we detect coming from people. Some people say they smell flowers or a sweet aroma. This is also an indicator that the sickness may be lying in the body.

My father is 85 and he doesn’t smell; I don’t think. Of all the research I did. I found out that the old smell could mean prostate cancer. This must be determined by the doctor. We cannot rule it out and pretend smells are insignificant to having this disease. I know the body is significantly made and that all five senses serve a purpose in the body functioning. You may not be old but could have the smell that comes with being older.

Maybe you suddenly smell a funny way. You need to document where the smell is coming from. Make sure to make note of how many times you smell it. I would suggest going to the doctor to get a complete workup to rule out prostate cancer. I know for my father he noticed a weird smell when urinating along with difficulty in urinating. He decided to make an appointment. It was good that he was in tune with the changes in his body. It was detected early that he had prostate cancer. He needed the smells and difficulty in urinating. He also had extra pressure which made him feel like he had to go often when he went to use the bathroom.

Once you are diagnosed the treatment begins at once. Don’t think it’s weird that you are experiencing an unusual smell. Early treatment is contingent upon recognizing what your body is trying to tell you. You may get blood work and another medical workup. Make sure to keep all your appointments. Smells can be key to an early treatment plan. If you’re told you smell funny, don’t be offended. You should be thankful because it’s that smell that could save your life. The smell also could be from your breath, your body pores. Listen to your smells and realize it doesn’t mean you need a shower but could mean it’s time to get a medical checkup.

Don’t underestimate smell, it can speak volumes to your overall health and be the difference between cancer and being cancer-free. We all know that early detection is the most important factor in surviving prostate cancer.