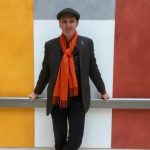 When I was first diagnosed with prostate cancer a doctor told me if he could prescribe exercise as a pill, he’d write the script for every one of his patients. He was making no claim that keeping fit would cure my cancer but indicated that it would equip me with some physical and emotional resilience if times got tough.

Let’s take a look at complementary and alternative therapies

A reader, commenting on one of my previous articles, suggested I try American Ginseng, which he thought might help overcome some of my hormone therapy side-effects.1 He was suggesting its use purely as a palliative and not as a cure.

Many folks benefit from CAM

Let me make it clear, I’m not against CAM, many people benefit from these therapies. Any parent with young children, whether they think about it or not, become alternative medical practitioners on a daily basis.

When our daughter was very young, we lived in Asia alongside billions of mosquitoes that had quite a taste for our European blood. With itchy bites on her legs, the cry would go up: ‘Mommy, where’s the magic cream?’ Mrs. Preen would sit our daughter on her lap, comfort her, and rub in the magic cream making her feel a whole lot better.

Now you’re all thinking, what is this wonderful unguent and where can I get some to stop that infernal summer itching? The daughter, who is now sixteen, only recently learned that the magic cream, which she still remembers fondly, was, of course, nothing of the sort and was in reality just a common moisturizer. It had what is sometimes called the placebo effect and was none the worse for that.

Selling a false cure-all for cancer

Unfortunately, anyone who has had a brush with cancer, either themselves or among family and friends, will almost inevitably have come across alternative procedures that go way beyond helping you feel better and do profess to offer cures. These alternatives give people hope that in reality isn’t there and often come with a hefty price tag.

Inevitably when diagnosed with cancer the temptation is to run one’s condition on Google to see what comes back, whether to examine the treatment that your doctor has prescribed or perhaps to see what alternatives might be out there. Like the anti-vaccine movement, social media has turbo-charged the alternative cancer industry.

Do it now. Try Googling: Alternative Cancer Therapies, the list is almost endless. The FDA debunks many of them calling them a ‘cruel deception.’2 Wikipedia has what they call a page of “unproven or disproven cancer treatments” many of which are frankly bizarre.3

The medical establishment is so concerned about this that The Lancet, a peer-reviewed general medical journal, questioned why ‘unproven interventions are being chosen in preference to evidence-based, effective treatments?’4

At the center of this crisis, they claim, is a ‘collision between personal autonomy, specious journalism, social media, widespread disinformation, and political marginalization, which together undermine the value placed on science and academic endeavor.’5

They see the threat as existential: ‘If these challenges are not addressed soon, the great advances in science and medicine that have markedly improved human health worldwide could be easily undone and society will come to regret such inaction and reliance on unreliable sources of information.’5

Alternative advocates reading this will jump on my use of the words ‘medical establishment’ as a prime example of all that is wrong with conventional medicine. They generally see the vested interests of doctors and the pharmaceutical companies doing all they can to discredit alternatives, and in the process, keep the medical industry, which turns over hundreds of billions of dollars every year, to themselves.

It’s not hard to find alternatives who claim that chemotherapy and radiation therapy kill more patients than they cure and there’s a ubiquitous conspiracy theory that the scientific community is hushing up cancer cures that already exist.

To combat these theories the journalist John Diamond, who succumbed to throat cancer a number of years ago, deployed a James Bond analogy.

If you watch the early Bond films, there is generally a super-criminal bent on world domination who is holed up in an extinct volcano or Caribbean island surrounded by all kinds of hi-tech gadgets and weaponry.

Give it a moment’s thought and it’s not so much the gadgets that are ridiculous but the nature of the fortress’s secrecy. Imagine building a massive billion-dollar hideout without word getting out. Think of all those architects, plumbers, electricians and arms salesmen, not to mention the private army that always gets blown to smithereens in the last reel. Are all these people never going to tell a soul?

Now think of that in terms of maintaining the medical conspiracy that claims so-called cures actually kill people and there is a cancer cure out there, but big pharma is withholding it from the public. All you’d need is one doctor or nurse to stand up and tell the world that the whole medical community is in cahoots with big pharma and that it’s so-called cures are just one monumental scam.

Withholding a cure from the public?

And as to withholding a cure from the public: Let’s say you are an oncologist and your reputation is entirely based on your ability to cure patients of their cancer. However, despite your best efforts your patients continue to die while all the time you know there is a silver bullet out there that could save them all. Would you really want to continue the cover-up? As John Diamond says: ‘(wouldn’t you more likely) decide, whatever rules are written on the back of your World Medical Conspiracy membership card, you are going to be the first doctor to cure all cancers?’

Conspiracists like to portray doctors as power-crazed, vain, and venal. What better way to exhibit those traits than become the first doctor who cures cancer and becomes unfeasibly rich at the same time?

Be wary of cures offering an impossible dream

I love James Bond, particularly the early and more recent films, but I don’t believe they remotely reflect the life of a secret service agent. They are escapist fun. Unfortunately, the types of alternative medicine that advertise a cure for cancer are not funny but a cruel delusion. Seek out CAM treatments, by all means, I do, but keep a wary eye out for anything that offers an impossible dream. We are all on this horrible road together but grasping at extreme alternative straws is unlikely to help.