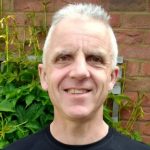 Eight years ago this month my prostate cancer treatment was starting to turn from an idea into a plan. On the way things happened that hadn’t been mentioned or discussed, so I thought I’d try to list them to help those following on a similar path.

That first digital rectal exam won’t be the last time things go up there. You may have a transrectal biopsy, in which case a broom handle-type device with needles that shootout and go into your prostate will be inserted and deployed. Yes, your prostate becomes a shooting gallery for half an hour. It’s slightly painful and your semen may be blood-stained for a few days afterward.

I had a new type of scanner under trial put up there too. Another broom-handle, it whirred while it took pictures. A sort of radar up the backside. Not painful and no after effects. I don’t think I saw the pictures.

The pain I wasn’t prepared for…

Whatever your treatment type there’s a level of risk that your erections will be permanently affected. Of course I’d been told about this, but not the way it’d make me feel. I can remember well the day I was told that surgery was my only option, and I already knew the impact this would have, so think of being hit around the head with a shovel, hard and you may come close. All this time later I suspect I’m still grieving sometimes.

As with childbirth, they don’t tell you about the pain after surgery. I had spasms as my really quite sore bladder was having a good try at ejecting the catheter and particularly the balloon keeping it in place. These lasted about twenty-four hours and were really quite unpleasant. Back to my rectum again, as I had a suppository inserted there for pain relief.

Walking after surgery wasn’t impossible, but until you’ve had abdominal surgery you don’t realize how much your abdominal muscles do until someone cuts a two inch slot in them. It’s sore and you become tired quickly. Reaching up will be uncomfortable too, as you are trying to stretch muscles that are healing. I’m pretty sure that while my abs have returned to a good strength they have lost more of their elasticity than you’d expect just through aging.

You are given lots of warnings about changes in urination. I’ve never had an issue with continence but sometimes it’s getting started that seems to be the problem. On rare occasions, it’s been really painful to get started too, though eventually, I get a good flow. I also seem to find that even if I’ve been careful about fluid intake in the evening I still get up twice most nights, but only to urinate really quite small amounts, despite a strong sensation that I need to go. I’m becoming pretty good at falling asleep again, but it’s not ideal.

All of these come under the heading of side effects. I’d rather not have them but for the fact that surgery has given me one more side effect – life.