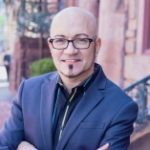 What causes hot flashes in men?

Men who have received hormone therapy for prostate cancer, specifically androgen deprivation therapy (ADT), may experience hot flashes as a side-effect of this treatment. Hormone therapy can be used with radiation therapy to boost its effect, or it can be used longer-term for treatment of advanced prostate cancer. Hormone therapy usually is done by injections that reduce the production of testosterone or block testosterone’s effects on tissues. Common hormone therapies used include leuprolide (Lupron), goserelin (Zoladex), and bicalutamide (Casodex).

According to research from several studies, 70%–80% of men who receive hormone therapy experience hot flashes.1 The low testosterone produced by the therapy causes this, but scientists don’t know exactly how reduced testosterone results in hot flashes. Most research points to the thermal control center in the part of the brain known as the hypothalamus.2 The normal way the nervous system sends out signals in our thermal control center is disrupted by the sudden hormonal imbalance caused by ADT.

Men and women describe hot flashes in much the same way. Hot flashes are described as a sudden feeling of warmth or flushing that is most intense over the head and trunk, often accompanied by visible redness of the skin and by sweating. Hot flashes are most common at night. They are usually brief, averaging four minutes, but often leave cold sweat feeling behind as your thermal control center is adjusting. Flashes may be infrequent and mild or quite bothersome, sometimes occurring 6 to 10 times a day. Some people report anxiety, heart palpitations, or irritability along with the hot flashes.1

Men who develop flashes during temporary hormone therapy usually recover within three or four months of stopping treatment. If you have advanced prostate cancer and are on permanent ADT, your doctor may tell you that you will get over the hot flashes, but most men do not. In one study, over 40% of men still had flashes after more than 8 years of treatment.2 In another study, 72% of patients said the hot flashes interfered with sleep and 59% reported they interfered with the ability to enjoy life.3

Men with prostate cancer cannot take testosterone, but they can be given female hormones to help better control hot flashes. In one study, 83% of men who were given estradiol (an estrogen) reported relief. Unfortunately, this trial did not examine long-term effects which could include cardiovascular side effects.2 As well, more than 40% of the men in this study experienced breast swelling or tenderness as a side effect of the estrogen therapy.3 Similar studies of men who were given progesterone (another female hormone) reported 80%–90% reductions in hot flashes. In these studies, the side effects included bloating and weight gain.1

Other studies have used antidepressants, in particular, those in the selective serotonin reuptake inhibitors (SSRIs) class in men and women with hot flashes. These seem to be well tolerated, decrease the number of hot flashes and may have fewer side-effects than additional hormone therapy.3

Tips for dealing with hot flashes:

Have you found something that works well in helping you deal with hot flashes? Let us know in comments!