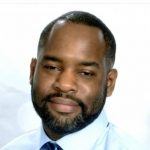 In this article, I’d like to discuss prostate cancer (PC) in African-American men. From the beginning, I think it’s important to separate African-American men from other Black men because, as you will read below, there are differences in diagnosis rates.

Interestingly enough, Blacks living in Africa have a lower incidence of prostate cancer and death when compared to African-Americans. This may suggest there are environmental reasons such as dietary differences, chemical exposure or other unknown factors that increase the chance of developing prostate cancer.

African-American men are known to distrust their doctors, are unlikely to see the same doctor every time they go to the doctor and less likely to be screened for prostate cancer. Which leads to…

African-American men are less likely to be informed about cancer screenings and less likely to receive surgery and/ or chemotherapy as treatment options.

Some doctors are looking into how our genes are possibly making African-America men more susceptible to prostate cancer. Doctors are looking into hormone receptor genes and how they may influence the development of PC. Without getting overly scientific, researchers looked at a section of the CYP3A4 gene, where they have found ‘variant coding.’ They found men with this variant genetic coding had higher stage tumors versus men without the variant. The question again is why?

The researchers believed the variant CYP3A4 gene could not process testosterone properly, there would be extra di-hydrotestosterone, which is related to the control of prostate cell growth. Therefore, the researchers concluded the variant gene could lead to the development of prostate cancer. With that said, the next question is: are those who carry the variant gene more likely to be found in one racial/ethnic group compared to others?

I came across an article that pushed back against prostate cancer screening and treatment guidelines supported by the United State Preventative Services Task Force (USPSTF). The authors of this article ask if African-American men need separate prostate screen guidelines? They answer this question by saying “the current prostate cancer screening guidelines promulgated by the USPSTF do not adequately take into account ethnic/ racial differences in the impact of prostate cancer on the population. Separate screening guidelines for African-American men would facilitate earlier diagnosis and thereby reduce their mortality rate from the disease.” 1

Granted, we really cannot do too much to change our genes but I think there are other things we can go to decrease the chances of being diagnosed with PC. We need to look at our diet. We have to either stop or cut back on the fatty foods, start eating more vegetables and start to exercise. Most importantly…we have to take the time to find a doctor you like and actually go to the doctor, especially if you have health insurance. Let’s start there; that can get us on our way to getting healthy and staying healthy.