The PSA, prostate specific antigen, blood test is much maligned. But, as has become clear, if it isn’t used as a screening test, the incidence of men being diagnosed with advanced-stage prostate cancer increases, while overall cases of prostate cancer fall.1,2,3

Limitations of the PSA test

Historically, the PSA test has been thought of as doing more harm than good, and this is because a high reading could lead to over-treatment and, in particular, biopsies of the prostate that could lead to infection with potentially serious pathways.

Some men with raised PSA may actually have a cancer that would never cause them any significant problems in the future, but of course the mental impact of hearing those words “you have cancer” can be incredibly difficult to deal with.

So men shy away from the PSA test. GPs often simply decline to do the test, but without discussing with the man the pros and cons of it. This just isn’t acceptable: men should be given the opportunity to, at the very least, make an informed decision.

It’s also worth men knowing that the diagnostic pathway has changed so that physicians more often only do biopsies when needed, and the biopsies can be guided rather than scattergun, thus reducing risk. I’m afraid that not all GPs are up to speed on this!

In fact, I counseled a man this very morning as of this writing who had asked his GP for a PSA test, because he is in a high-risk group (men over 50, or men who are over 45 with a family history or are Black). He was told that a PSA test was not routinely offered to asymptomatic men.

Isn’t that crazy when most men diagnosed early have absolutely no symptoms?

From marathon training to terminally ill

Take my own case. I was training to run an ultra-marathon on June 4, 2017, and had run two marathons a week apart at the start of April 2017 as training runs. I was super fit and only 60 years of age. However, a “groin strain” was hampering my training, and I had it investigated by a sports injuries doctor who carried out an MRI scan. It showed up something untoward.

I was sent for blood tests and a chest x-ray there, and then a CT scan the following day before receiving a phone call. It was to tell me I almost certainly had prostate cancer. I’d effectively gone from ultra-marathon training to terminally ill in 36 hours!

Even scarier, the urologist told me that I’d probably had the cancer growing inside me for 10 years. So far advanced was the spread in my skeleton with mets in the pelvis, hips, spine, ribs, neck, and skull. 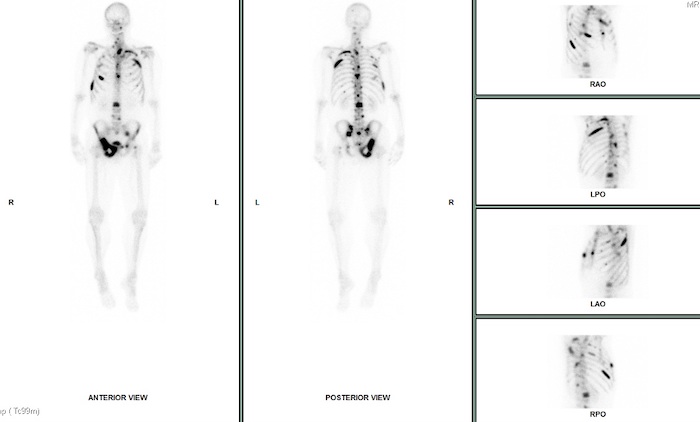 I was then staggered to find that if I’d had a PSA test every year from age 50, my cancer would almost certainly have been caught early, and I would have been able to have curative treatment.

What I wish I knew now

The message here is really simple. Things that can lead to early diagnosis and curative treatment are the PSA test (as a starting point) or the development of symptoms, by which time, like in my case, it’s often too late.

I think it's important for all men to go and have a conversation with your doctor about the PSA test. In fact, I think that men in the risk groups should consider insisting on it.

I wish I’d known about the PSA test when I was 50 and done something about it, as it would have saved me having to live the life I now lead. I'm in fear of dying and totally emasculated as a man and an athlete by my treatment. I wouldn’t wish it on any man!

At what age were you diagnosed with prostate cancer?