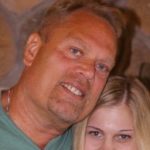 I started my cancer journey on Easter 2011. I was in Vail, Colorado visiting relatives when I had an altitude related heart episode. I was rushed to Vail Community Hospital where they got me stable and did a complete work up on me.

A grapefruit-sized tumor was found on my liver/stomach. I was told to get it checked further once returning home. I had the tumor removed that November 2012 where parts of both organs were also removed. Luckily the tumor was found to be benign. Also luckily, the liver rejuvenates itself and the stomach stretches back to its original size given time.

It was the following year, 2012 after a follow-up blood test my PSA was found to be 44.3, at the time I had no idea what that meant nor had I seen a urologist. An appointment was made for me to see a local urologist, but in the meantime I discussed this find with my male work friends. I was informed by them that that number was probably incorrect, more normal would be 4.43.

I had the biopsy a couple weeks later, which really sent my blood pressure soaring high waiting. The biopsy was more uncomfortable and embarrassing than painful. Overhearing the remarks of the technicians about the size and hardness of my prostate was a little scary. I asked the oncologist if the PSA number was really 44.3, he concurred that it was. I was not told about the bleeding after the biopsy and had an embarrassing moment getting new tires on my car right after the biopsy.

The urologist biopsy results appointment was the week before Christmas 2012. I was certain this was all a mistake and asked the nurse if the doctor could just phone me my results. After looking at my chart she said I had to see the doctor. I ended up being the last person in the crowded waiting room to see him.

I was scared waiting in the examining room of what could be my prognosis. The doctor came in, showed me a laptop of a picture of my prostate, 90% engulfed with red dots symbolizing cancer. We scheduled surgery that day for 1-13-13 the closest day I could for a radical prostatectomy.

A flood of emotions

My emotions were all over the place from feeling sorry for myself to being mad at God. I got over it soon enough by talking it out with friends. I sure wish I had a site like ProstateCancer.net at that time to look to for answers and find comfort. After my surgery, which was lymph node positive, it was recommended I have radiation in a couple months. I had 45 radiation sessions in the summer of 2013, afterward my PSA rose to 163. I started hormone therapy with a different urologist 90 miles away. I’m happy to say that during my last visit in March 2018 my PSA was 0.