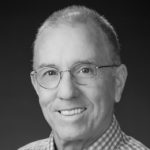 Hindsight is twenty-twenty, and sometimes it can be hell. I’m almost always upbeat in my articles, but if I’m not totally truthful there’s no point in writing them. So here goes.

Deciding on a treatment plan

I was diagnosed with prostate cancer in March of 2017. My PSA was 7.1, my Gleason Score was a 3+3, cancer cells were found in 10 of 12 blind biopsy core samples. The cancer had not spread outside my prostate. I chose active surveillance as my treatment and started learning more about prostate cancer.

I learned that a Gleason Score of 6 falls into the moderately differentiated cancer or moderately aggressive category. I also learned that a PSA of less than 10, a Gleason Score of 6, and a stage of T1c to T2a qualify for active surveillance, but that the presence of cancer cells in 10 samples is a bit of a wild card in deciding on treatment. So my treatment would include quarterly PSA tests and another biopsy one year after diagnosis.

In 2010, while still working as a high school principal, I experienced symptoms that led to a diagnosis of coronary artery disease, the installation of a stent in the left anterior descending artery, also known as the widow maker, and the beginning of daily intake of aspirin and a statin. In 2012 I had a mild heart attack, the discovery of a third blocked artery, a second stent.

At the time of my prostate cancer diagnosis, I was experiencing severe pain in my neck that led to a diagnosis of degenerative disc disease and surgery to remove a disc, fuse two vertebrae, and shave bone spurs that were compressing my spinal cord.

Driven by fear and worry

I mention these two conditions because, along with the jolt of the cancer diagnosis, they contributed to what I look back on now as a very vulnerable stage of my life and a state of mind that was driven to some degree by fear. I was sixty-nine, retired, a grandfather, an active person, but mortality occupied more and more of my thoughts. I wasn’t morbid, just, I think, mildly depressed, wondering, “What’s next?”

In December of 2017, I started attending a prostate cancer support group. It was then that I learned how individual each man’s journey with the disease is, that there is no such thing as cancer light and that decisions about treatment can reflect physical reality but also mental reality. Over any period of time, how much does a cancer diagnosis work on one’s mental health, regardless of the numbers applied to it?

My nine month PSA test showed an increase to 8.3. It was still within the active surveillance range, but it got my attention. I was due for another biopsy in a couple of months, and I had been investigating radiation and surgery options just in case I had to choose one in the future. Other factors contributing to my state of mind included the thoughts and feelings of family and friends. You might say that I was weighing the scientific evidence against my emotional condition and the scales were tipping toward the latter.

Prior to my second biopsy, in a moment of what I thought was clarity at the time, I decided to have radical laparoscopic surgery. I was thoroughly aware of the potential side effects, but I trusted my doctor, who was a veteran with the Da Vinci process. I had taken decisive action with heart disease and degenerative disc disease. I would do the same with prostate cancer. I was confident that the side effects if I experienced them, would be treatable and temporary. I had surgery on April 16, 2018.

My last PSA score was <0.004. Mission accomplished in that respect. But the side effects have not been temporary. Now seventy-one and happily married for thirty-eight years, my wife and I have made adjustments in our intimate life that reflect my degree of erectile dysfunction. In many ways, we’ve become closer, especially since she joined me in retirement last year.

Incontinence is the bigger issue. It’s quite manageable and really only a problem when I’m exercising, but, despite kegeling, healing has not been complete. It hasn’t really altered my lifestyle, but it’s a relatively constant mental presence, one that has a voice in my head saying, “You should have stayed on active surveillance. You made a big mistake.” Lately, that voice has been a little louder than usual, especially during those dark hours before dawn when bad thoughts tend to crowd out the good.

Hindsight can be hell

Maybe a little of that depression that I experienced a couple of years ago has crept back in. Maybe it’s a mild case of Seasonal Affective Disorder. I’ve been through this before and I know the things I can to overcome it. Writing this article is one of them. Staying active and in the present is another. Hindsight can be hell, but I can put that behind me as well. My life is too good to dwell on the past. I think I’ll go bake some cookies.